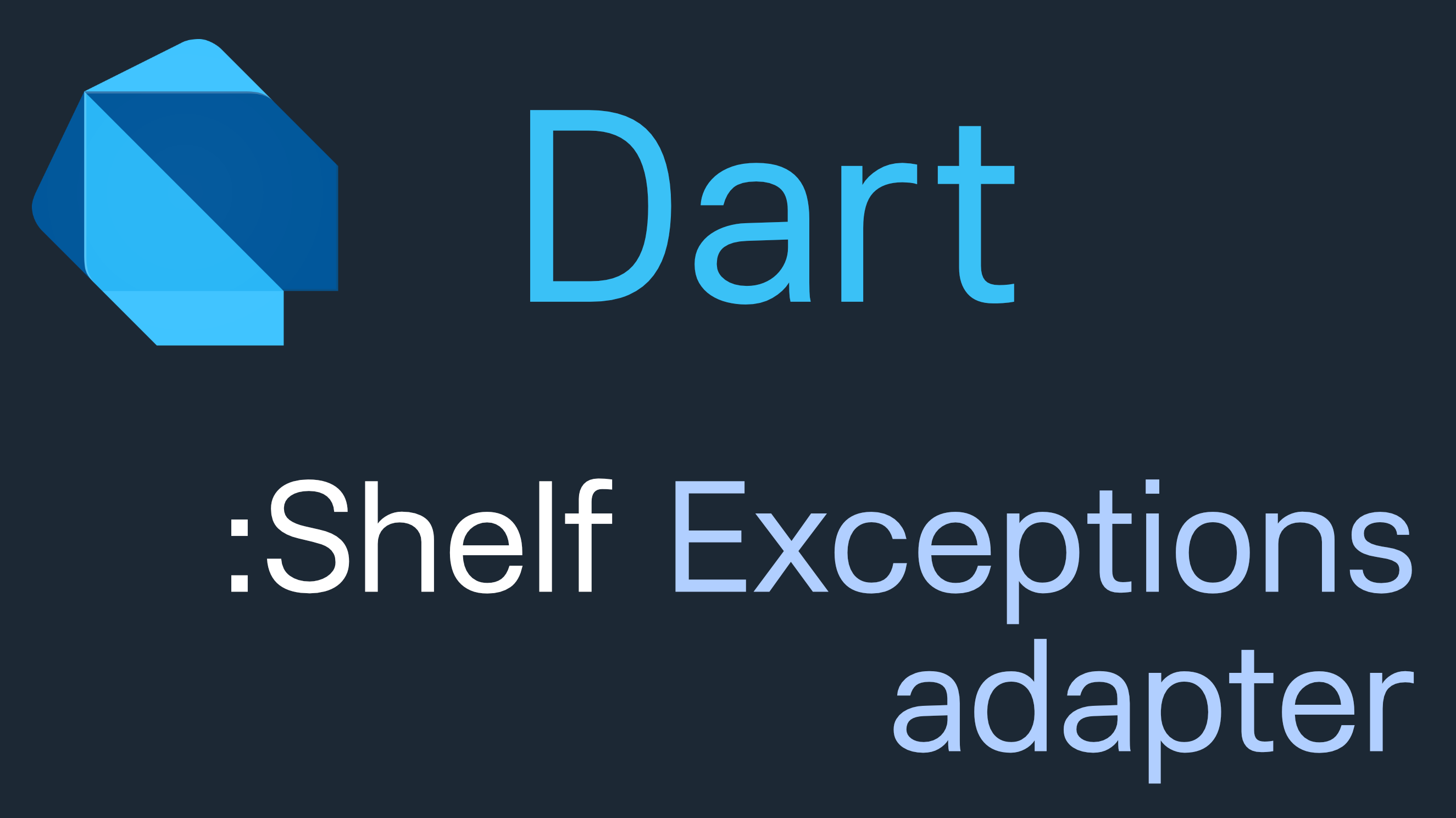 Handling exceptions properly is necessary when writing any code to keep things running smoothly, give proper feedback if something didn't work as expected, and numerous other reasons. Shelf is a fantastic web server package made by Google but it's difficult to to cleanly handle exceptions without lots of boilerplate code that is prone to errors, time consuming to write, and less maintainable. A good way to fix this problem is to make a custom adapter to use with Shelf.

What is an Adapter?

According to the API reference an adapter is "any code that creates Request objects, passes them to a handler, and deals with the resulting Response."

For most efficient use of Exceptions adapter, we need to properly use Exception throws. First of all make sure that you have properly implemented all exceptions that will be thrown.

Make few exceptions for your use case. Generally you should have at least one exception for each main error that will be thrown. (e.g. NotAuthorisedException, BadRequestException, etc.)

We will throw them and then we will use Exceptions adapter to handle them.

How to init the Exceptions adapter

This will be a file that will contain all Exceptions adapter code.

How to use Exceptions adapter

Now we have created adapter but it now needs to be used in the pipeline.

In a file with your server pipeline you need to add the following lines:

grizzlybear.dev is temporarily down for maintenence. Please check back later.